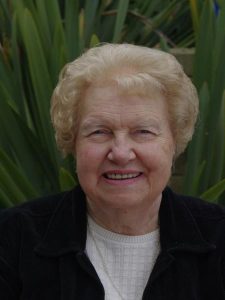 To say that Dolores Cannon has become one of the world’s most unlikely expert on the prophecies of Nostradamus would be an under statement. A Navy wife, who found her true calling after her husband was discharged from service in 1970, proved it’s never too late to start over. Her husband’s job had taken them all over the world but now it was time to settle down in the Ozark Mountains of Arkansas. It was there her life took on a bizarre twist and her writing career began at 50, it wasn’t so much that she began to write but rather, the subjects she chose to write about. She also found herself selling her articles to various magazines and newspapers. Her husband was an amateur hypnotist who’d learned about past lives during one of his sessions. Always intrigued by hypnosis and reincarnation she began to delve into it on a much deeper level. After studying the various types of hypnosis she decided to develop her own technique and dealt exclusively with past-life therapy and regression work in 1979. Her techniques gain her the most effective release of information from her clients. She now teaches this form of hypnosis worldwide, called Quantum Healing Hypnosis Technique.

1968 proved to be the year of change as she expanded her repertoire to include investigations into the world of UFOs. Multiple on-site studies of suspected UFO landings were uncovered. She investigated The Crop Circles in England. The balance of her work was an accumulation of evidence from suspected abductees through hypnosis. She’s been a UPF investigator for twenty years. Dolores become a household by specializing in the recovery and cataloging of “Lost Knowledge”.

When Dolores Cannon began her career in writing no one ever could have never predicted where she’d wind up. She was on a mission to educate the world. Internationally renowned, she’s the quintessential speaker who has lectured on all the continents of the world. Her fifteen books are translated into twenty languages and range from The Convoluted Universe (Parts 1-3) to books about Jesus, the UFO abduction phenomenon and her highly acclaimed Conversations with Nostradamus, the fifteenth-century author. She is considered to be the world’s foremost expert on the prophecies.

In 1992 she founded Ozark Mountain Publishing, Inc. and became company president. Her company publishes only non-fiction metaphysical and spiritual material, always interesting and educational, the books deal with information that opens the mind to fascinating possibilities. She encourages her audience to explore the possibilities of the Universe and Beyond. Additionally, many of her books are also available in audio, CD or DVD format.

Recognized as a highly sought after speaker Dolores has spoken to radio and television audiences worldwide. Her program Metaphysical Hour can be heard on Internet Radio Talk Shows on bbsradio.com. She’s appeared on the following TV programs: “Ancient Mysteries of the World” (CBS); “Ancient Prophecies I & II” (NBC); “Encounters” (FOX network); “Mysteries, Magic and Miracles” (Sci-Fi Channel); “Biography” (A&E Channel), and CNN to name a few.

There have been many articles written about Dolores that have appeared in several U.S. and international magazines and newspapers. She was the first American and the first foreigner to receive the “Orpheus Award” in Bulgaria for the highest advancement in the research of psychic phenomenon. She has received Outstanding Contribution and Lifetime Achievement awards from several hypnosis organizations.
She is as active as ever teaching her Quantum Healing Hypnosis Technique. Her personal website is www.dolorescannon.com