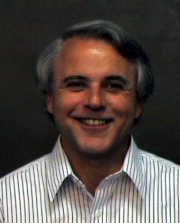 The Journal of Hypnotism published a very powerful article in 1992 called The Mystic and the Doctor, by none other than Henry Leo Bolduc who qualifications include: CHT Past Life Therapist and Trainer Certified by the International Board for Regression Therapy.

Henry examined the likes of Dr. Milton Erickson and Edgar Cayce who made both rich and significant impacts in the field of hypnosis. Although he’s a professional hypnotist and serious student of the Edgar Cayce readings he discovered there’s a distinct contrast between hypnotherapy and holistic healing (non-traditional medicine) vs. traditional medicine.

With more than 45 years of experience in the field of past-life regression Henry seminars and workshops are unlike any others in the field. His goals are simple: to bring enlightenment, hope, and healing to thousands. Everyone who knows Henry knows that’s the true essence of his being and that’s what brings him the most joy and fulfillment in life. A leader in the ongoing research and practice of both traditional and innovative therapeutic techniques his reputation is second to none.

Henry believes all of us have experienced some sort of past-life trauma(s). We can effectively heal the present by understanding what those traumas are and how we can learn something from them. If we learn to forgive and transcend the past we will be free to lead the life we were destined to live through the great adventure called life.

Henry Bolduc’s real interest began with the study of Research and Development for Past-Life Exploration. To learn about past-life you have to learn the basics: life, death and remembrance. His thirst for knowledge began at the age of 15 after he read the best seller written by Morey Bernstein called The Search for Bridey Murphy. High school was the right setting for him to scrutinize the scientific validity of the book’s premise: past lives. His love of research, over decades saw him developing various methods and techniques for people to use.

Henry’s knowledge of past-life regression, death and post-death experience proved to be ongoing. People spoke of their previous lifetimes and of death experiences that completed those lifetimes. Some shared that even after their physical body had died, they stayed to attend their own funeral. Their soul or spirit (or some other non-physical form of energy) had not really yet left earth. He wrote books about their experiences. He learned that after the death experience was reported or re-experienced the person was asked to reveal a soul lesson or spiritual review of the past lifetime.  Even after death, he realized that souls continued to study, to learn, to love, and to grow in other dimensions.

The keys to happiness and freedom can be found through forgiveness. Everyone can learn to recall deep memories, but not everyone can truly learn from the past. Many patients continue to deny or repeat the same experiences rather than to learn from them. Past-life exploration helps people to overcome the fear of death; death some have shared, is a pleasant state, even though the cause of dying might have been unpleasant.  Many thought of Death can be as a continuing adventure, as opposed to oblivion.

His first book The Journey Within was written in July of 1988, and dealt with Past-Life Regression and Channeling. Henry teaches readers how to tape scripts and use self-hypnosis for recalling past lives, he was inspired to use the techniques of Edgar Cayce. The revised edition of this book was released in November of 2010, and includes a preface by Alan S. Chips, DCH, PhD, president of the American Holistic University.

Henry has authored five books and numerous audio cassettes, and has written more than 400 articles published in professional journals, magazines, and newsletters. He is a contributing columnist to the Journal of Hypnotism. As the recipient of a number of professional awards and he is recognized as a Fellow in Clinical Hypnotherapy by the National Board of Hypnotherapists Examiners.

Henry learned “There is a continuity to life – that life is eternal, there is one life with many lifetimes.”  Past-life lessons include: “The harsh things we do to others eventually return as experiences for us to heal.  The good we do for others comes back to bless us.”  Therefore, it is what we put into our world that eventually returns to us in another lifetime.

Today, Henry Bolduc lives with his wife Joan in Independence, Virginia. Henry's personal website is http://www.henrybolduc.com where additional information regarding his career and credentials can be found.