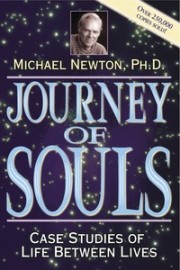 There is a relatively small segment of Master Hypnotherapists who belong to the American Counseling Association, and Michael is one of them. Michael Duff Newton, Ph.D. holds a doctorate in Counseling Psychology. He’s a man whose past accomplishments saw him active in a role as an author, and hypnotherapy trainer, and lecturer who traveled all over the world. He specialized in helping individuals get in touch with their spiritual selves. Past life regression deals with the prior lives themselves – but he’d focus solely on the episodes that took place between them. He was fascinated with both the spiritual progress reviews and the planning of future incarnations.

Throughout his illustrious career he had been a corporate consultant and worked as a behavioral counselor and group therapy director for community mental health centers and spiritual renewal organizations in cooperation with hospital and social service agencies. He has been a hypnotherapist for over 50 years and a LBL therapist for over 40 years.

His LA private practice is geared towards behavior modification and helping people get in touch with their spirituality. His healing work built on relationships, trust, and the rapport he’s established, and one who’s successfully brokered these relationships and to help people make better connections with themselves.

Michael is as a Master Hypnotherapist and founder of The Michael Newton Institute for Life Between Lives Hypnotherapy (TNI), where he served as first President from 2002-2005.

Michael developed his own “age regression” techniques. With these techniques he was effectively able take his hypnosis subjects beyond past life memories to a more meaningful soul experience that exists between lives. None other than a true pioneer in the world of spiritual regression, he uncovered the mysteries about our life in the spirit world, and he wrote the best-selling book Journey of Souls in 1994. The book is a compilation that documents the results of his 35 years of interviews: his age regression case studies. Originally his patients were seeking hypnotherapy as a form of therapy, but many of them regressed beyond this life and passed through the spirit worlds. This best-selling book chronicled their journeys.

In 2001 his second book, Destiny of Souls was awarded “Metaphysical Book of the Year” by the independent publishers association at their annual Book Exposition of America meeting. This is the book where he takes his clients into deep hypnosis to gain ‘soul-information’ about the true nature of reality and the purpose of our lives. In 2004 his third best-seller appeared on the scene: Life Between Lives Hypnotherapy, he helps us to reach into the depths of understanding of those age-old questions about the afterlife that we will one day all experience (again). His most recent work in 2009, Memories of the Afterlife comprised of case studies that deal with the period that exists between lives. While these studies are not taken from his own cases, but, rather, from a world-wide group of regressionary therapists, that are consistent with Newton’s original hypothesis. All four of these best-selling books have been translated into over 25 languages.

Dr. Newton also earned an international reputation as a spiritual regressionist, and appeared on numerous radio shows, talk shows and served as a lecturer at New Age expositions. He received the annual award for the “Most Unique Contribution” in bridging mind, body and spirit from the National Association of Trans-personal Hypnotherapists (NATH) in 1998.

Today, Michael Newton resides in California. He is a historian, amateur astronomer and world traveler. As of 2003 he stopped teaching his coursework: Hypnotherapists the Life Between Lives. Although now retired from active practice, he continues to focus his energies on devoting his time to The Newton Institute (TNI), especially his Life Beyond Life training programs. Dr. Newton can be reached through his publisher c/o Llewellyn Worldwide, Inc. 2143 Wooddale Drive Woodbury, MN 55125-2989.